You must be 18 or older to access this site

pomf.tv may contain sexual depictions of underage fictional characters, please refer to your local laws before accessing the site.


By clicking "I Agree" you confirm you are over 18 and have read, understood and accepted then below terms. 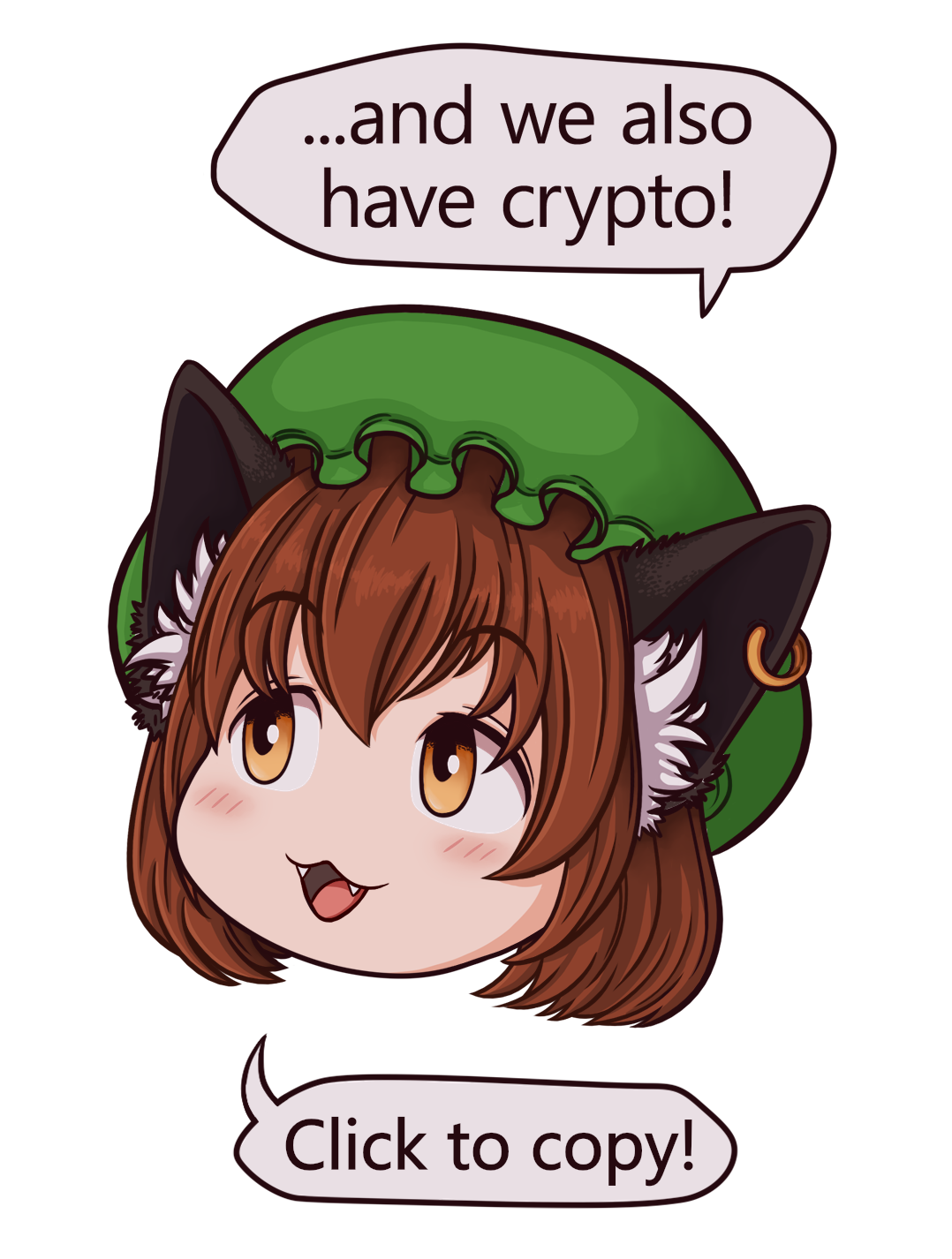 Hiya! I'm Mushi and I'm here to spread joy! I hope you can enjoy the content I spit out! It's probably rather mediocre.

I'm a girl, from the United States. I'm pretty anxious and have issues with mood swings. I want to make streaming more along the lines of a job and the reason for this is because I am unable to actually do a lot of stuff people usually can do for example I am an extremely slow learner and even when I do learn something I also tend to forget it as I have really bad short term memory. I don't like asking for donations period but when it comes to supporting my family I am slowly becoming more accepting of asking people for help monetarily. I actually don't like talking about myself so this is really shortened/summarized so please forgive me if I ignore you entirely if you start asking personal questions, they trigger my anxiety and it's really hard for me to say no to things in general so I am going to just ask now to please do not ask personal questions. Among other things that I dislike is when people talk about my voice at all this includes praise and vice versa, I just have a hard time accepting stuff like this and will end up vehemently denying it or in the latter case I will get upset over it so please don't although that said feel free to drop praise if you really want to as it does make me feel better 'eventually'. I aspire to become a voice actor which can include doing small lewd things but I don't exactly want to do anything over the top as with everything else my anxiety gets in the way of it. I have no commission chart or any sort of price point setup yet and as of 4/12/2021 I have no plans to set one up for a while. So to explain some of the stuff with that previous statement, I am currently going through some very rough times with my family and my pets I do not wish to go into detail and I never will except some stuff about my pets, currently my dog is potentially on the final days of their life but he still has a chance to recover so fingers crossed he does and then my other dog is going to recover but her vet and surgery bills are expensive for my family in the current state of the world and the state of my family in general, her bills amount to about 400$ while the other one is only about 100$+. Please remember I do not want you to donate just because it seems like the right thing to do as it is your money and should be spent on you and not me, my dogs, or my family. I want to make a job out of this and voice acting not a charity so if anything please donate money with the intent of buying something from me even if what you want is a simple high quality video of my Skyrim character having sex with a dragon, as long as something is being bought I will mostly be okay with it. This got a bit longer than I was anticipating so thanks to anyone who actually reads the full thing and obviously thanks to current and future donors! I love you all and no matter what happens I will always try to stream here. <3

Mushi is a Necromancer living in the old Dwemer city of Blackreach. She has severe anti-social tendencies due to her time avoiding people by living in Blackreach. She only recently decided to leave the Dwemer city and after feeling a massive amount of necromantic energy flowing towards Helgen she gears up to journey there. After arriving there she discovered Hadvar, an Imperial Soldier who survived the attack on Helgen, who was considered her first friend as he took her to his family's home in Riverwood where she met his family. Due to her supposed age, she instantly became friends with Dorthe, the daughter of Sigrid and Alvor, afterwards she encounters Faendal, a Wood Elf Hunter and Woodcutter, and after talking to him she ended up getting caught up in a love triangle between him, Sven, and Carmilla. She doesn't quite understand the intricacies of the love triangle and decides to just do as Faendal says which ends up with him befriending her, one may think he was just using her as a messenger due to not understanding such things as love but he actually decides to start traveling with her seemingly satisfied with ruining Sven's hope at a relationship with Carmilla. After traveling with her for a while Faendal learns quite a bit about her past as a Necromancer and although worried about it he can tell that she isn't evil. She finally discovers her first bone altar and creates her first ever undead minion, she wastes no time in giving them a cute name and she does this for every minion she acquires! The list of names so far; Timbo1998, Knossos, osswix, Lemmingway, Iratu, Manmoth, Al112, and AnziCouru. She plans to create many more friends to give names to!

Lolirim Base Modpack: LoliRim AIO Google Drive Link - Designed to be a foundation for your own game without the extra bloat of the Solus AIO. Bloat being miscellaneous mods you may or may not want.

My Goals and Social/Donation Links

As stated in previous sections I want to turn this into a job and to do that I've done some rough math to figure out how much I need to make each month and that amount is at least 1900$ roughly rounded down which is about 65$ a day! It doesn't seem feasible right now but I hope I will be able to one day!

MushiShirohime: Join the Dank Side

Guest_v6ZFaQ36: can I join if I am a loli? @MushiShirohime

Al112: teh more the marrier

Al112: get you loli padawan now

Al112: we already got one of those

MushiShirohime: You can make them sexual but not sexy

MushiShirohime: Mari is an Android not a droid

Al112: i finished another chap

MushiShirohime: Oki I suppose I'll end it here for now

MushiShirohime: Next stream will be The Old Republic though!

Guest_v6ZFaQ36: bye thanks for streaming

Are you sure you want to report the streamer MushiShirohime?